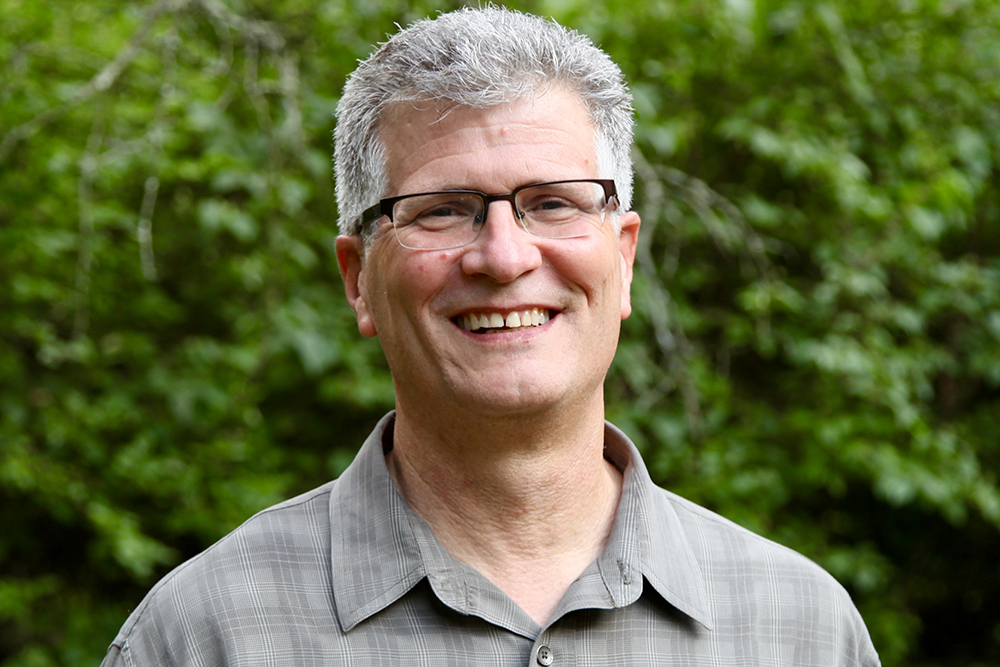 The Tangible Intangible: A Witness to the Power of the Arts

The arts are not just nice, they’re critical to the development and well-being of our communities. I am both excited and proud that Baltimore County has continued to recognize the importance of funding for the Arts, particularly Arts in Education, in the current budget.

I’ve seen the power of the arts and what the arts can do for our community here in Baltimore County. The fact that the County–even with budget challenges–has continued to support the arts is impressive and commendable.

From a pure cost-benefit analysis, the arts provide a strong return on investment to the County. For example, Young Audiences is grateful to have received $40,000 in funding from the Citizens of Baltimore County through the Baltimore County Commission on Arts & Sciences last year. At the same time, with that investment, we served more than 12,000 County students and provided nearly $770,000 in payments to teachers and to teaching artists who live in Baltimore County.

Beyond a cost-benefit analysis is what I call the tangible intangible: The power of the arts that I see every day. I see it in kids’ eyes, I see it when they look up to a teacher who they admire, I see it in the difference it makes in helping them learn, and I see the impact the arts have in programs like WTMD’s Saturday Morning Tunes where we’ve literally welcomed thousands of kids and their parents.

At Young Audiences, I have seen students learn fractions by beatboxing, math from drumming, and grammar from a poet or a spoken word artist. Not only do the arts provide kids with opportunities to express themselves and build confidence, but they also support all those educational priorities we talk about–like math and reading skills.

Alan Hoff joined Young Audiences, Arts for Learning Maryland’s Board of Directors in July of 2014. In addition to volunteering on both the Executive and Bridging the Inspiration Gap Committees, he currently serves as Vice Chairman of the Board. Alan has volunteered countless hours of his time and is a passionate advocate for ensuring the artistic, emotional, and intellectual growth of the children in our community. We are thankful every day for his advocacy, for his voice, for his vision, and for his generous spirit. 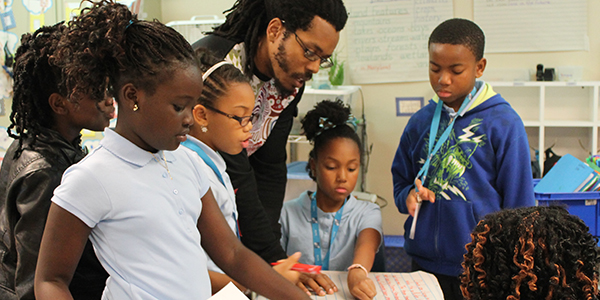 Before my recent residency with fourth-graders at Scholars K-8 in Baltimore County began, the teachers I worked with–Mrs. Brumbalow, Ms. Barnes, and Ms. Hicks–had prepared the students for my arrival. When I walked through the door on the first day, the students recognized me and treated me like a rock star, so I knew I had to make a meaningful impact.

At the beginning of a residency, there are three writing rules I give students:

Students are oftentimes drilled to memorize answers in order to score highly on assignments. Sometimes they become paralyzed with fear when asked their opinion, so I try to loosen them up to think creatively. Young people need to have freedom to develop an idea out loud without self-doubt and to not fear right or wrong answers.

I worked with the Scholars K-8 teachers to create a series of Hip Hop writing workshops to strengthen students’ comprehension skills. In the two weeks I was at the school, students wrote songs about the writing process, how to count money and use decimals, as well as climate and how humans affect the environment.

The initial challenge was getting students excited about writing. They were energized by Hip Hop poetry writing because it’s a style of music they admire beyond the school setting. 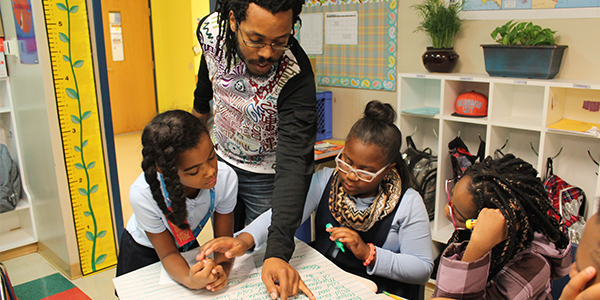 Once they got used to the idea that we weren’t looking for one correct answer, they felt free to say what they were thinking. There was one student in particular whose reading and comprehension skills were not where they should have been for his grade level. One of his teachers revealed that this residency was one of the few opportunities where he felt confident enough to answer questions because he could take his time and work through his ideas out loud. Each day he was fighting through the door for the front seat, and his self-esteem was boosted each time he answered a question.

During an exercise, we discussed the music video “Me, Myself, and I” by De La Soul which includes symbolism about self-acceptance. The light bulb went off for many students, who immediately related to trying to fit in or be cool. They realized that at some point, you have to validate yourself without caring about the opinion of others. To see them react to that song, and have students come in the next day writing lines I didn’t assign, was a very powerful feeling. They were using art to reflect their realities and project their hopes for the future.

There was one point during the residency that I had to put my “teacher” foot down when a student became disruptive while we were writing the chorus of a song. Students that age can struggle with differentiating positive and negative attention, but when we got down to the last line, that student raised his hand and offered a new idea to our brainstorming session. The line was exactly what we needed and the whole class recognized him for it. To be validated like that after being reprimanded showed him that we wanted him to participate and be a part of the team, but in a constructive way. 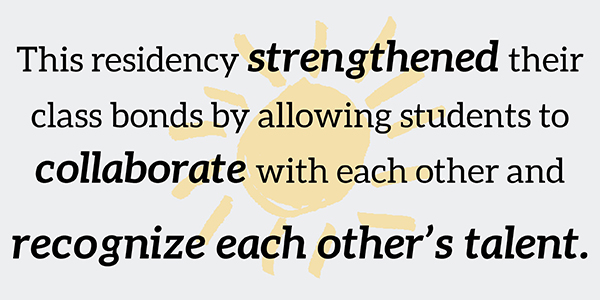 This residency strengthened their class bonds by allowing students to collaborate and recognize each other’s talent. Even students who often had problems dealing with their classmates or paying attention were invested. They appreciated each other’s creativity and when they were put into groups to write on their own, they just took off.

One of the main complaints I get from young people is that they aren’t understood. My response is always that they need to improve their communication. The ability to speak, write, and create art in a way that others can comprehend is something students latch onto, and they internalized the techniques I gave them. We would brainstorm an idea, flesh out a paragraph on this idea, and then break the paragraph into a rhyme.  While writing the song, they formulated introductory and supporting paragraphs. Before they knew it, they had completed an essay. The process made them realize how much they want this skill. One student gave me a poster she made outside of class time with an anagram for my name. Her classmates loved it so much they all signed it and gave it to me. I still don’t think I’ve come down from that high.

Learn more about Bomani and his programs for schools at yamd.org.